Published by Starshine Roshell on March 2, 2017

She loved the superhero’s truth-coaxing lasso. She slapped the comic-book character on the cover of the first issue of her feminist digest, Ms. magazine. And to this day, she buys her bracelets in pairs as a nod to the Amazon princess’s bullet-deflecting bangles.
Gloria Steinem grew up idolizing Wonder Woman. The rest of us grew up idolizing Gloria Steinem. 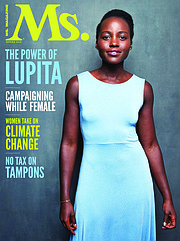 Gloria Steinem cofounded Ms. magazine as a voice for feminism and frequently uses her writing to stand up for equal rights.

From her early days as a brazen journalist exposing the Playboy Club’s sexist policies while working as an undercover bunny to her “no more asking daddy” speech before a sea of pink pussy hats at the Women’s March on Washington in January, Steinem, who’s now 82 years old, has been the enduring icon of the feminist movement. Courageous and compassionate, tireless and unifying, stylish and funny, she is the original Nasty Woman — the one who taught us all, nevertheless, to persist.
A Smith College grad, Steinem wrote for Esquire and Cosmopolitan in the early ’60s, but it was her 1969 article “After Black Power, Women’s Liberation” that launched her to fame as a feminist leader and activist. She campaigned for the Equal Rights Amendment, cofounded the National Women’s Political Caucus, and has spoken out or written against female genital mutilation and pornography, and in favor of same-sex marriage and reproductive freedom. 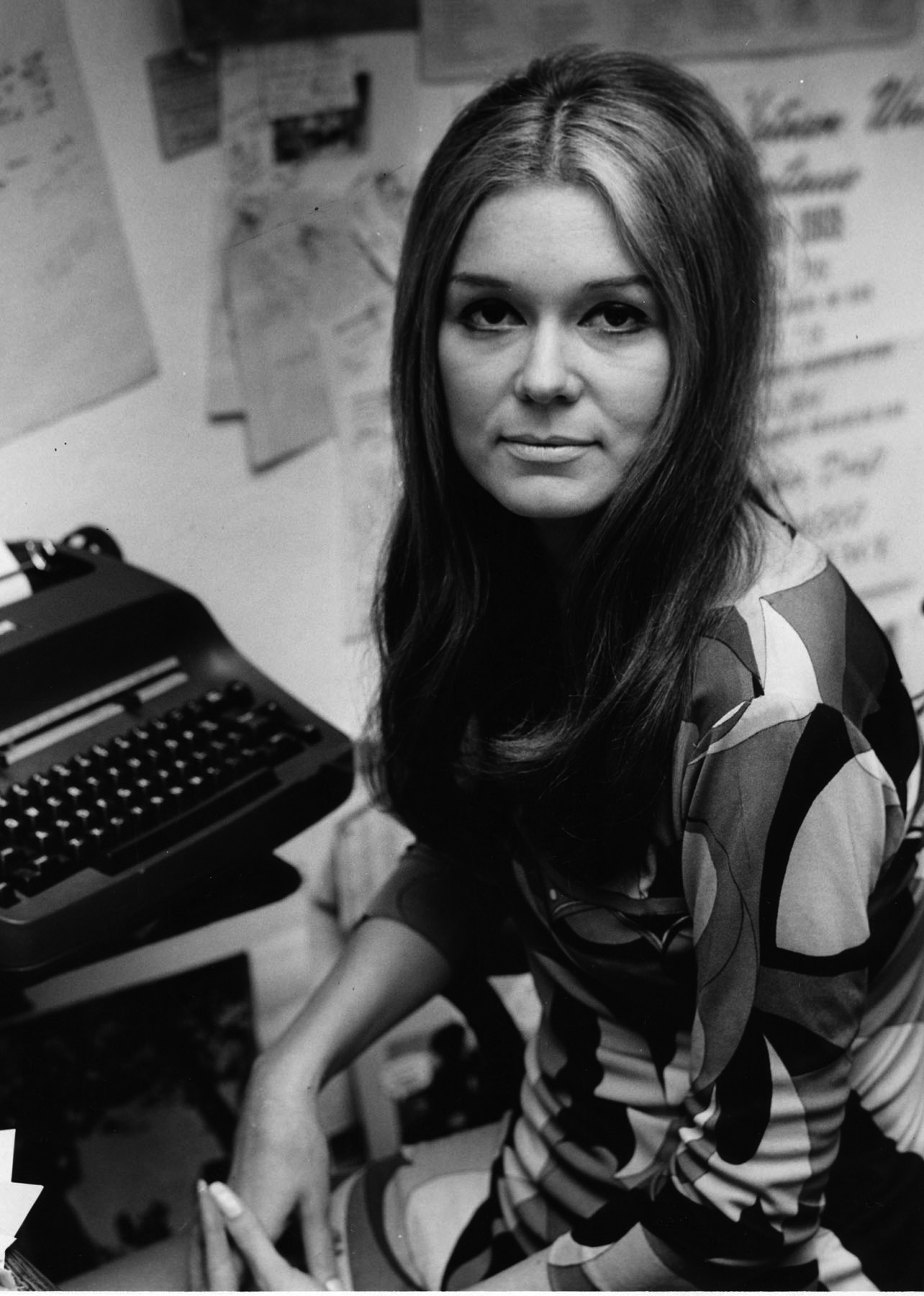 She has been arrested for protesting apartheid in South Africa and received this country’s Presidential Medal of Freedom. And in the pouty face of a new commander in chief who brags about grabbing women and vows to defund Planned Parenthood — and a Senate that silenced Elizabeth Warren mid-speech (“It was outrageous to interrupt her,” Steinem says) — our fight is far from over.
“At first, feminists were assumed to be only discontented suburban housewives,” she writes in her latest book, My Life on the Road. “Then a small bunch of women’s libbers, bra-burners and radicals. Then women on welfare. Then briefcase-carrying imitations of male executives. Then unfulfilled women who forgot to have children. Then women voters responsible for a gender gap that really could decide elections.
“That last was too dangerous, so suddenly we were told we were in a post-feminist age so we would relax. Stop. Quit.”
That doesn’t look like it’s going to happen anytime soon, as evidenced by a conversation I had with feminism’s own Wonder Woman last month.
Hindsight is 20/20, but if you’re being completely honest … were you as shocked as the rest of us on November 9?It may be illogical to say so, but I was less surprised that Hillary Clinton lost than that [Trump] won. He seemed and continues to seem so divorced from fact and rationality and empathetic behavior that I was shocked.
In your new book, you say if you’d been listening to nothing but the media all these years rather than seeing the nation with your own eyes, you’d be a much more discouraged person. Has travel helped you make sense of this election? Yes. First of all, the media tends to only consider conflict news, sometimes in the extreme. “If it bleeds, it leads.” Secondly, it tends to see stories as having two sides when, in fact, they may have three or 12 sides. And finally, the media doesn’t reflect the population very well. There are very few general publications or outlets of any kind that look like the country.
How do we grapple with the 53 percent of white women who voted for Trump? I was surprised by that — but maybe not as surprised as some other people because, remember, it was not poor Chinese women who had their feet bound; it was rich Chinese women. If you’re a woman who is economically dependent, and you’re pretty sure that you’re one man away from welfare, you’re more likely to vote for your husband’s interests and maybe not even see your own. Well-to-do women get better medical care and food and clothing — but we’re more likely to have our minds restricted.
There’s a whole generation of girls who don’t know much about the women’s movement — the first one! — and some who don’t know who Gloria Steinem is. The point is not that they know who I am. The point is that they know who they are.
It wasn’t long ago that celebrities such as Katy Perry and Lady Gaga were telling fan magazines they didn’t consider themselves feminists. Was there any part of you that thought maybe that’s a good thing because it means your generation’s work was a success and … these young women can take their rights for granted? No, I would have to be deaf, dumb, and blind to think that. [Laughs.]
During the election campaign, you joked that girls are following Bernie Sanders because that’s where the boys are. Were you surprised by the offense taken to your remark? Yes, because I didn’t say that! Did you see the clip? I was talking about power. I had been talking about women who were angry because they’re ending up in debt from college and making a million dollars less over their lifetime to pay the debt back. Bernie was talking about free education; that’s where the power is. It was never about dates. I responded [to the outrage] by saying if that’s what I meant, I’d be mad at me, too.
It was painful, but I learned from it. I learned why I meet 13-year-old girls who are on the edge of suicide because words of theirs have been picked up that they didn’t mean. I learned empathy for online bullying.
You were at the march on Washington for civil rights when Dr. King gave his “I Have a Dream” speech. How did the recent Women’s March compare? This one was the first time in my life there have been so many people at a march that you couldn’t march. We were standing still, basically! It was a different mood. The King march had been taunted and threatened because the idea was it was going to be violent, so in fact it was very peaceful — like an ocean of quiet, mutually supportive people. This one was full of humor and laughs and slogans and wonderfully innovative posters. It was just amazing.
What does the next wave of feminism look like — our future leaders? First of all, there aren’t waves. [Laughs.] But now it’s a majority movement, which is new and that’s very different — that we could have the biggest march this nation has ever seen. Ever. And a march with men. 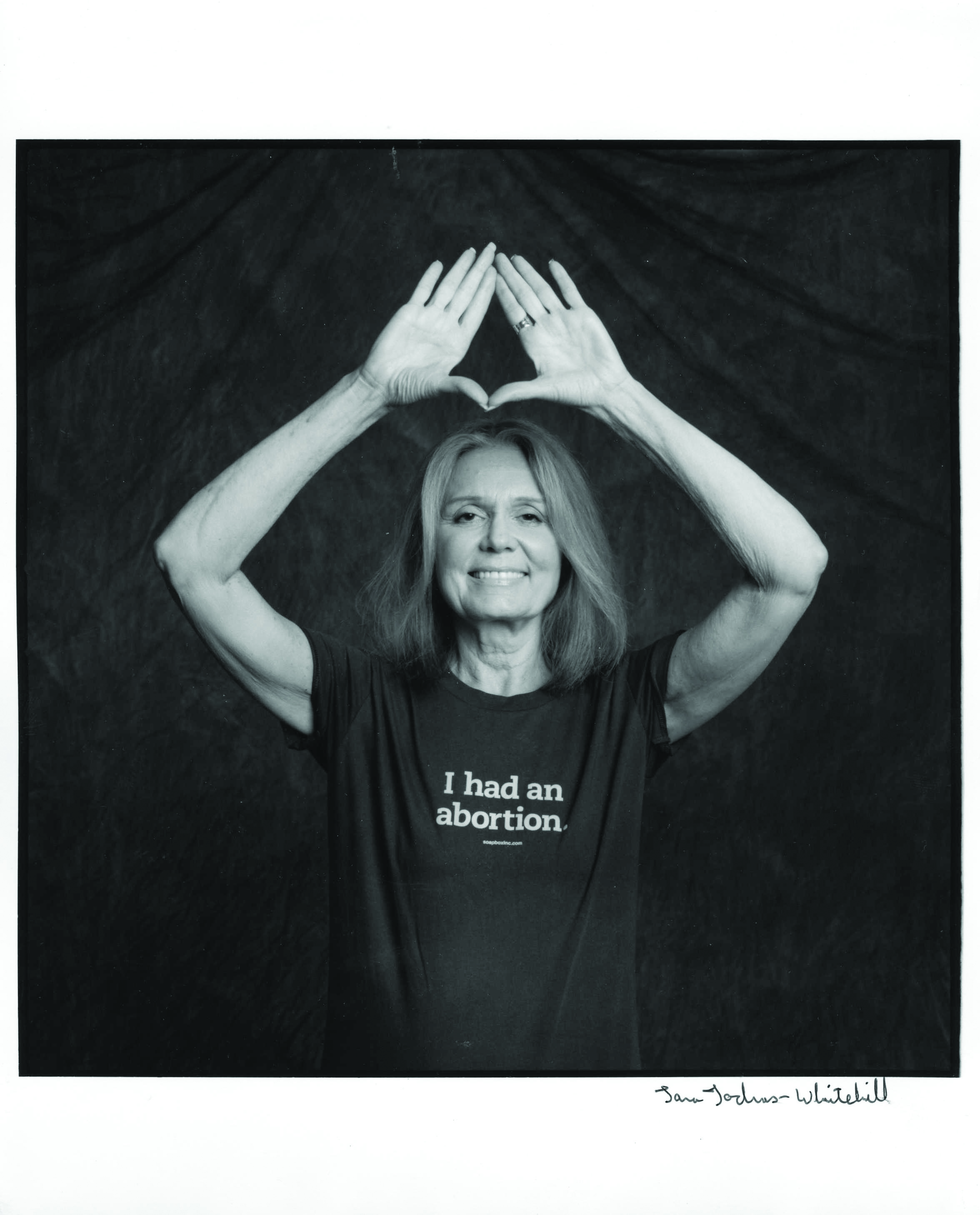 Is it important that men participated in so many numbers — or is that neither here nor there? Yes, of course it’s important! You know, that’s why we chose the word “feminist” [back in the 1960s]: because men could use it, too. The first words were “women’s liberation,” but that was harder for men to say: “I’m a woman’s liberationist.” I like the word “grrrls” also — with two or three Rs.
What’s the greatest threat to feminism moving forward?It’s always been the same thing: The one thing we have uniquely is wombs, so it’s all the systems that try to control reproduction in order to decide how many workers, soldiers, heirs to a wealthy family …
Speaking of reproductive rights, what do you make of Supreme Court nominee Neil Gorsuch? I feel like I’m getting lulled into liking him because he’s not certifiably insane. That’s how low the bar has been set for us now.He’s sane but against reproductive freedom. To be right-to-life for the fetus is to be dangerous for women’s lives.
And Trump reinstated the global gag rule [a U.S. policy that blocks federal funding for NGOs that provide abortion counseling or referrals], which in the past has meant a woman dies every minute internationally because of the denial of safe and legal abortion services — and often other services, too, because it means closing down clinics. That’s not pro-life for women; it’s pro-death.
It’s exhausting, all of it. Don’t you get despondent like the rest of us? It may be easier for me because I have ways of responding. I don’t have to go to another job and think about something else.
Wait, sometimes that’s a nice distraction! [Laughs.] I have the privilege of dealing with this all the time.
So how do you take care of yourself and stay strong for all of these fights? I probably have the most healthy, life-lengthening gift, which is work that I love. I can’t tell the difference between work and life because they are the same. I never have to say to myself, “I’m doing something I’m not interested in and don’t care about in order to pay my rent.”
But you’re only human. It must be hard when everyone wants you to be stiff-upper-lip, don’t-give-up, we-shall-rise-above … No, no one expects that of me …
I do! I want you to tell us those things, Gloria! Look, it’s like all the women who were carrying signs in the march: I can’t believe I’m still fighting this shit.
So, what do you love doing that has nothing to do with your activism? Can you think of anything that’s not connected?
… Waterskiing? [Silence.]
Do you get tired of being asked questions like these — like you’re the sage of the age? I just know that I’m not. What I like the best is learning, and when I’m talking, I’m not listening.
What’s your proudest moment as an activist? It’s a lot of different moments when I realize that something I wrote or said made a difference in someone’s life. If you’re accidentally recognized, then people come and tell you. Or they email you and write you a letter. It gives you what we all need, which is the feeling of being useful.